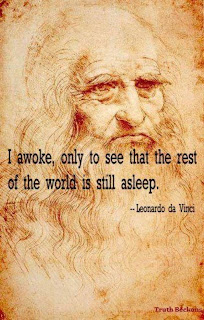 Hello dear readers.
As I’m sure many have noticed … I’m rarely on here anymore! Life has gotten back to normal, well, more regular since this last spring. For those who know me they probably have noticed that I’ve been traveling a lot, my online posting has become a lot less argumentative, I’m back to college full-time and doing good, and I’ve been hanging out and seeing a lot of girls/women. On my blog you will have noticed that I rarely post anymore, and that my posts have generally been heading towards more concise issues, fewer posts about Mormonism, and more posts about any qualms I have with having moved into such an atheistic and secular lifestyle.
As like my post of over a year ago about the evolution of my blog this post is coming up because I feel my blog has left another chapter. Or rather, I have moved on into another chapter of my life. 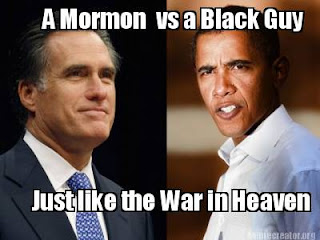 I’m no longer working fulltime, no longer dating Heretic, for a while now actually, lolz. My dad has moved from Dementia to late Alzheimer’s now and is in a 24/7 care facility. I am no longer truly connected with a lot of postmo and atheist groups in Utah. I actually left a lot of them, including the BYU group. I have become a slight connoisseur of wine. I’ve greatly expanded my travels in the region. And I decided to go back into therapy to deal with any social issues I feel I have, and to better deal with the deterioration of my father.
I have long come to terms with that surety of my own mortality, but I struggle with the mortality of others, from acquaintances and former friends, to current friends and family. As I explained early on in my blogging career, I left the church, I admitted I was an atheist, and a month later my dad was diagnosed with Dementia. This didn’t make me hate God … I didn’t believe, and his illness didn’t make me stop believing, that had already happened. But his illness really made me question my stance; if it was healthy for me, did I truly not believe.
I rarely ever brought this up. I mentioned it at SHIFT once in discussion, I brought it up lightly with Heretic when we dated, I never really talked about it with friends. Underneath the surface I was wrought with pain at the oncoming deaths of my parents, knowing and understanding that I would first see my dad struggle for a long time.
Then, in March of this year, he was in the hospital for several weeks, and was diagnosed with late moderate stage Alzheimer’s disease. This was a devastating time for me. Besides that and no longer having a full-time job he also was put into a home (the doctor’s were trying to require it of us) and was expected to cost $8000. Now, lolz, for those who know me, I get insanely stressed out about finances. It drives me up the wall, gives me ulcers, causes me to lose sleep, and can put me into a lazy depression. Spring didn’t start well for me.
If Mormonism must be mentioned then it is this: the Church has nothing to help with the elderly, like my 60 year old dying father, who cannot take care of themselves, or to help the Caregivers. I admit, many religions and churches don’t, but there are a lot of Christian organizations to help just with something like this. Point being served: church is invisible by this time, even to the point of me calling around to authorities and receiving no callbacks. Even my mother was surprised by the lack of help she received, even when asking.
But it is normal for people outside of the family to not really understand or properly judge the situation that the Caregivers and victims are in and experiencing. 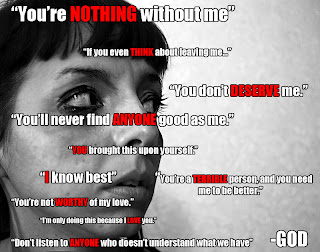 After some more drama and schisms within the BYU group I left that as well, though by that point I was at a new all-time low. I had begun hooking up, getting fuck-buddies, and trying to date, one-night stands, and I had gotten back into doing classes of UofU, but with all the drama and disconnect from former friends and lovers, I threw myself into therapy. After a couple intake sessions (cause I had enough issues to warrant two) it was decided I should focus on different issues at a time, first off by putting me into group therapy for relationships.
Since then, I’ve been in one-on-one for dealing with stress, dealing with my dad, and now focusing on trying to get me to stop burning bridges and self-destructing my friendships … most often cause something else is hurting me in my life.
That’s a bit of rambling. But I’m trying to point out that my spring and summer didn’t start too well, which affected my blog negatively, primarily by me not checking emails or replying nearly so often as I should. I did write a mass email out to the last 12 who contacted me since June. I hope they all received that, and can forgive me for letting them down.
On that thread, there is a small movement to form a new group at BYU to garner towards new people, as the old group has evolved into a group of friends rather than a group of people who look for and help new people. I have not heard of any new updates with that as of yet. But after a year of stagnation, and a season of me being off the radar, I think it is time a fresh group is brought into the picture. I expect this should probably be done every couple years or so. When I came on the scene there was Taking Back Sunday; now it’s the Community. Who knows what the future will hold for those who feel lost, alone, or in need of some people they can be open with. 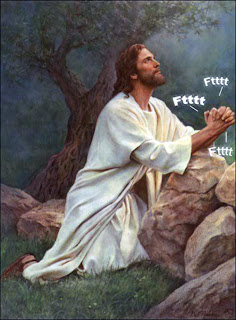 I am semi-retired. I have not lived up to a lot of promises on here, towards posts I said I would write, and mainly that is because I’m just not that interested anymore. A lot of my podcasts I listen to and watch now are not related to religion. History and sex advice seem to be my top two categories, lolz. Mormonism and atheism, and religion and spirituality … eh, I’m pretty fine where I am now, knowledge-wise. Being that the type of happiness I’ve achieved, on my own, over the last few months, I feel that god-belief and religion are unnecessary for me now. Atheism isn’t something I need to go to and read up on. Mormonism is more false now than before (especially after getting more involved in mixed dating and seeing so many couples get divorces, from people I’ve met online, like in the Mormon Expression group).
I really tried hard from my early days to incorporate a strong agnosticism, like Demosthenes seemed to promote, and I feel I have achieved that a lot more than I expected. I catch myself, all the time, saying “are you sure? Do you truly know? Why don’t you ask them?” It’s made me more sensitive and conscientious to those who DON’T live that way, in particular, those online who routinely follow a “relativeness” heuristic in every conversation (meaning, I say one thing, and they categorize me and assume everything else about me). Still astounded with how many adults do this … must be a post-Mormon thing. Fundamental attribution errors happen a lot too, as an afterthought.
But, the point is, I’m kind of done. I don’t expect to ever completely stop with this blog. I’ll check it now and then, I’ll probably write a little more here and there. And if a newer group doesn’t form then maybe I should help it get off the ground.
And this is all pretty normal. Most blogs die off. Irreligiosophy essentially died. Mormon Expression has kind of died. And not because no one was listening, no, usually at the apex of interest. I still, even after only a dozen posts this year, average 170 views a day, though over a 120 of those are picture searches, lolz, on average. 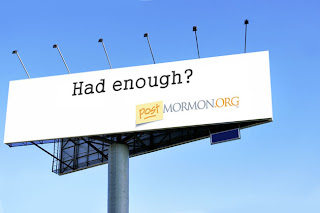 So, this is goodbye for now. I am sure there will be more posts I’ll make in the future, but no more promises, no more ‘responsibility.’ I would like to be out of Utah in two years. I feel myself separating from the postmo crowds a bit due to drama that eventually ensues. Religion and god-belief has taken a backseat in my life, I’ve moved on to more important and enjoyable things. To anyone who is still reading, best of luck to you in any of your journeys, and I hope that with whatever you are doing now, and wherever you are in life, you can admit that things won’t always be great, but that you have no reason to stay where you’re at if you aren’t happy, or if you’re miserable. Move on to something else and don’t hold on to the things that are merely causing you more pain than necessary.
Best of luck, ciao.
Posted by j-dog at 10/04/2012

2013 - Feb - I honestly have moved on a lot from all of this blog. I focus a lot of my perspective on life on agnosticism, and most of the time I don't want to talk about Mormonism anymore. Half of the things I've written here ... I just don't really think or agree with anymore or have evolved down the path further. - jdog

2012 - Use my fun words to skip around with to see related posts.

I have changed how I reply to emails, so please email me back when I get back to you or if you don't hear from me in 2-4 days, I attempt to reply to every type of email I receive.
So if you don't plan on actually talking to me or living up to anything you send in the first email (like asking where we meet) then don't email me in the first place.
However, even if not wanting to meetup with me or any groups I am affiliated with still feel free to contact me. I'm much more cordial than my blog leads readers to believe :)
Email me at - jdogsblog@gmail.com

PS: Some posts get SPAMMED if the language seems rough, so don't assume I DELETE them, just give me time to check the blog and read the comment before I post. I have only ever deleted one comment and have it saved in my spam folder.

Fun words to skip around with!

j-dog
I write off the cuff.