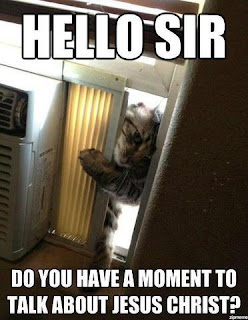 I have been keeping myself busy with trips, traveling, and people. I apologize to those emailing me, I am very far behind. But being that BYU is about to start back up I will get through my emails and help postmos and the non-religious to find accepting and/or similar people to be around.

I recently hung out with a really fun girl who used to be LDS, isn't really anymore, would call herself Christian, and does things she would've been taught we're sinful. We've actually known each other for a while but never hung out or anything, and though my mind was occupied with a lot of family issues I had a blast with her. For her she has a lot of self-professed angst, seemingly stemming from the death of a parent not too many years ago while she was in high school. For her the idea of her parent looking down and watching over her, guiding her along when needed, and proud of her achievements, brings a lot of strength to her. Listening to her say things like this off-hand and commonly, I noticed that she rarely spoke about God doing something similar but would mention God in similar threads to that of her parent, just usually a little more vaguely.

I guessed that she has some antagonistic sentiments towards God, where God deals out justice and law, but where her parent deals out love, comfort, and motivation. She also has some reservations in how she views her living parent, though she expresses a lot of love, she also expresses a lot of criticism. I felt like the girl was a walking cliche at first, but found a lot of the emotions and thoughts to be very complicated, quite fascinating. And in relation to my postmo status and agnostic worldview along with atheism, I found myself having a difficult time relating ... yet desperately wanting to relate. Not that she needed help or a shoulder to lean on, but I found myself lacking in what I could say at those quiet moments where she ceased to speak and where the offer for my compassion hung in the air. But I could not find a personal view on death or 'afterlife' that would be helpful, neither a simple sentiment in regards to her beliefs without either lying or coming across as detached and unsympathetic.

It not my place to change people from one world-view to another, but I find myself lacking in being able to relate on important topics even though at one point I believed like she does, and I can still remember what that is like. Which makes sense. As my father slowly dies I find myself not being able to handle it well. I recognize, accept, and receive inspiration from my own mortality ... but I lack the calm water of my mortality when faced with the turbulent mortality of others. And I lack ways of being able to relate to those with strong convictions about souls and the afterlife, even though I desperately wish to relate to people like this girl.

This isn't a sad post or anything, but a very sober post and an admission to the gulf between the believers and the non-believing, especially when it comes to death. Or perhaps this is simply a comment on the wide variety of ways people deal with life's issues, and that my approach is somehow not all that compatible with hers.
Posted by j-dog at 8/20/2012

2013 - Feb - I honestly have moved on a lot from all of this blog. I focus a lot of my perspective on life on agnosticism, and most of the time I don't want to talk about Mormonism anymore. Half of the things I've written here ... I just don't really think or agree with anymore or have evolved down the path further. - jdog

2012 - Use my fun words to skip around with to see related posts.

I have changed how I reply to emails, so please email me back when I get back to you or if you don't hear from me in 2-4 days, I attempt to reply to every type of email I receive.
So if you don't plan on actually talking to me or living up to anything you send in the first email (like asking where we meet) then don't email me in the first place.
However, even if not wanting to meetup with me or any groups I am affiliated with still feel free to contact me. I'm much more cordial than my blog leads readers to believe :)
Email me at - jdogsblog@gmail.com

PS: Some posts get SPAMMED if the language seems rough, so don't assume I DELETE them, just give me time to check the blog and read the comment before I post. I have only ever deleted one comment and have it saved in my spam folder.

Fun words to skip around with!

j-dog
I write off the cuff.